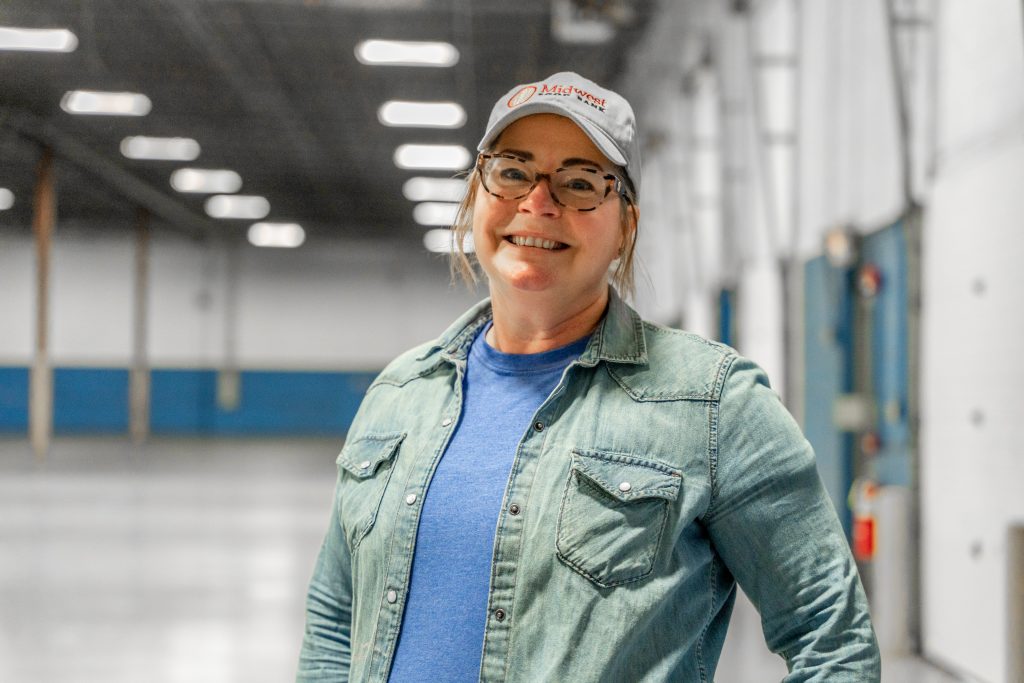 Lori worked for companies that had strong corporate social responsibility programs. She also had the opportunity to volunteer for many charitable organizations. She was amazed at how caring people could truly help those in need.

Lori used to joke that, when she grew up, she wanted to be just like them.

“And then I grew up,” she said

During the pandemic, Lori felt that God was calling to do something new to help people in need. She kept seeing an online advertisement for a position with an international, faith-based food bank, which was expanding its operations to the Mid-Atlantic states. This could be the move she was contemplating.

She prayed. She debated. And she answered the call.

Today, Lori is the executive director of the Midwest Food Bank, Pennsylvania Division. She took the new position in the midst of a pandemic when millions are experiencing food insecurity. The food bank recently opened a large warehouse in Central Pennsylvania, where it can serve food agencies throughout Pennsylvania and surrounding states.

(Full disclosure: Lori recruited me to be on the board of the Midwest Food Bank, where I have observed her amazing team in action.)

It was quite a career change for someone who spent more than 20 years in the marketing and business world. But for Lori, it was like coming home.

“My mother always had a seat at the table for anyone who needed to be fed,” she said. “And I was one of eight children, so it was a big table.”

That is the mission driving the team of employees and volunteers at the Midwest Food Bank – always making sure there is food at the table for anyone who is hungry. The food bank draws volunteers from throughout Central Pennsylvania, many of whom come daily, weekly or monthly to help feed those in need.

For Lori, working with such caring people is one of the biggest perks of her new job.

“What did Mr. Rogers say? Look for the helpers,” Lori said. “I get to see the helpers every day.”

If you are interested in being a helper, please go to the Midwest Food Bank Pennsylvania Division website for information on volunteering or donating to those in need.