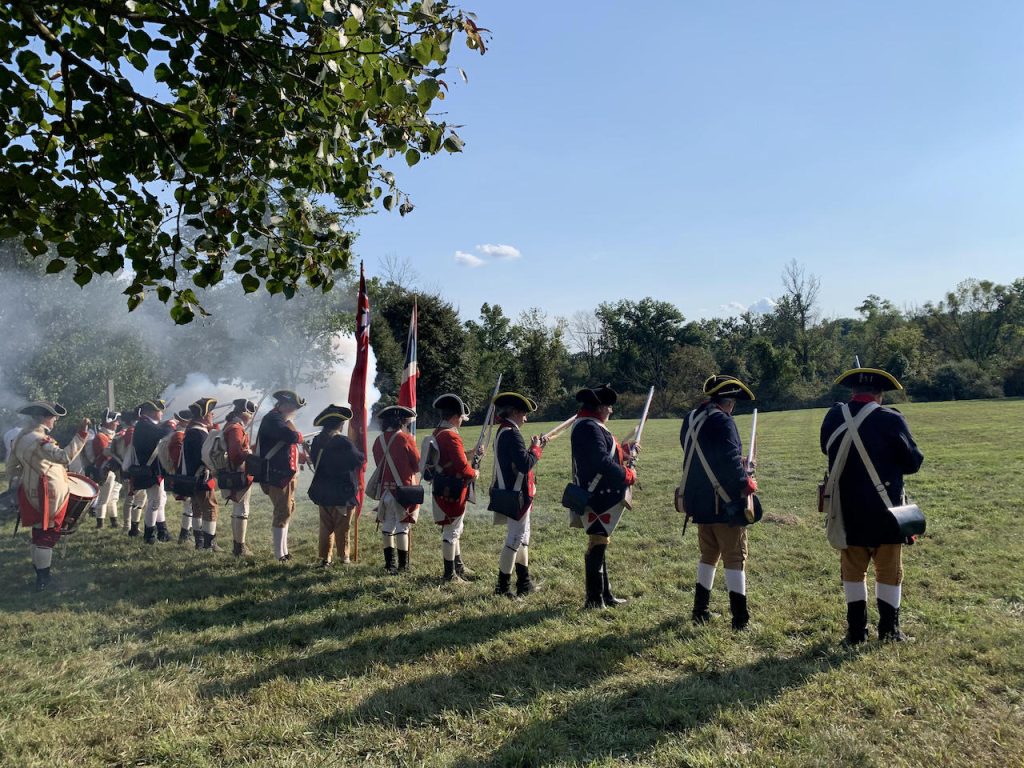 I had an opportunity to go on an archeological dig with my friends from JMT Engineering. Below is an article I wrote on the project for the North American Land Trust.

Setting foot on Brinton Run Preserve, you can feel the historical significance of the land.

You can imagine George Washington and his Continental Army fighting the Battle of Brandywine on the rolling hills, fields and woods. You can hear the orders to retreat and visualize the American troops leaving the skirmish, hoping to regroup and fight the British another day.

History is so ingrained in the land that the American Battlefield Trust declared Brinton Run Preserve as one of the most important unprotected tracts of the Brandywine Battlefield. Unprotected, that is, until now.

Last year, the North American Land Trust (NALT) and its partners announced that they had raised more than $4 million to protect the battlefield from development – forever. NALT is currently restoring the site and preparing to open the preserve to the public this summer.

That is why NALT recently employed an archeological team from Johnson, Mirmiran & Thompson (JMT) to conduct an archeological survey of the site along the Brinton Run, a small creek that feeds into the Brandywine. The team dug test pits along the banks of the creek and sifted the soil through a shaker screen, looking for artifacts older than 50 years.

“This area has been used for thousands of years by Native American tribes, primarily the Leni Lenape Tribe,” said Dan King, JMT field archeologist. “So there is always a chance that we could find something more than a musket ball or a Revolutionary button. There could be something much older and more important to the people who used to live here.”

NALT also will remove dozens of trees that are precariously perched over the creek bank, which will allow crews to rebuild the banks to their original level. The trees, which have exposed roots hanging over the creek, pose a danger to any visitors walking along Brinton Run.

“We want people to enjoy the fields and woods at Brinton Run Preserve,” said Wyatt Moyer, a NALT stewardship specialist. “We will be restoring the creek bed and reintroducing native species, making it look like it did 150 years ago.”

King and his partner, Ronny Flicks, spent about 10 days at the site digging more than 100 test pits. King said they were looking for anything that was 50 years old. The test pits were dug approximately 30 meters apart and 200 meters on either side of the creek bank, creating a test grid where restoration work will be completed.

“The area of the creek bed is the primary area that the North American Land Trust is going to restore in order to allow the public to come on and truly enjoy this nice property here in Delaware County,” King said. “We are going right along the creek bed to make sure as they come through and restore this body of water, they are not going to disturb any cultural resources or archeological sites.”

King has conducted archeological surveys for years, including researching old cemeteries in Center City Philadelphia. In Utah, King said, he once uncovered a stone knife that was several thousands years old. The most interesting part of the discovery is that the knife was much older than the indiginous civilization that lived in the area. King said that meant that someone brought the old knife to the site.

Alas, King and Flicks did not find any artifacts at Brinton Run Preserve that met the archeological standard of 50 years old or older. But that won’t stop us from using our imaginations to remember the people who lived and fought on the land so many years ago.